Online video games have become more prevalent in recent years. Most people find online games attractive and a modest way to find free time from their hectic schedules. Moreover, during the pandemic, the inclination toward gaming increased dramatically. Most companies such as Nintendo and Tencent witnessed an increase in their sales during the first quarter. The former showcased a profit of 41%, as it sold many of its games digitally. The demand for online games will be persistent in upcoming years, and this industry is anticipated to boom during the forecast period.

The rising millennial youth population is expected to drive the gaming industry growth. For instance, a analysis from the American Association of Advertising Agencies.Org, published in February 2019, mentioned that the generation z population plays games daily. Their number is higher than that of millennials by 84%.  Moreover, rising disposable income is resulting in a higher consumption rate of video games. For instance, the data released by the World Bank.Org, states that the global youth unemployment in 2018 is 15.19% which is a decline from 15.37 % from its prior year.

The gaming market is fragmented by major companies that are focusing on maintaining their presence. They are doing so by proactively investing in R&D activities to develop engaging online video games. Additionally, other key players are adopting organic and inorganic strategies to maintain a stronghold that will contribute to the growth of the industry during the forecast period. The global gaming industry size is expected to gain momentum by reaching USD 545.98 billion by 2028 while exhibiting a CAGR of 13.20% between 2021 and 2028. Fortune Business Insights mentions that the industry stood at USD 203.12 billion in 2020.

The region is expected to hold the highest position in the industry during the forecast period. This is ascribable to the rapid growth in the urban population. The rising awareness about trending video games is helping the industry to thrive in the region.  The analysis from World Bank.Org data suggests that in 2019 the urban population of the East Asia Pacific was 59.887 % which rose from 59.053 % from the previous year. The regional industry stood at USD 86.96 billion in 2020.

The rising number of children with their smart devices is surging the industry. For instance, the data released by the National Public Radio.Org in October 2019 stated that more than half of the children in America possess their smartphones.

The industry analysis for gaming provides a detailed analysis of several factors, such as the key drivers and restraints that will impact growth. Additionally, the analysis provides insights into the regional analysis that covers different regions, contributing to the growth of the industry. It includes the competitive landscape that involves the leading companies and the adoption of strategies by them to introduce new products, announce partnerships, and collaborate that will further contribute to the industry growth.

Based on game type, the industry is divided into shooter, action, sports, role-playing, and others.

Based on game type, the shooter segment held a gaming industry share of about 23.35% in 2020. The segment is expected to experience considerable growth since it provides 3D realistic graphics. It makes players experience a whole new experience of the virtual world. This fascinating atmosphere provided by battle games is driving the segment industry.

By device, it is segmented into PC/MMO, tablet, mobile phone, TV/console. On the basis of end-user, it is bifurcated into male and female. Finally, the industry is categorized into North America, Europe, Asia Pacific, South America, and the Middle East & Africa based on region. 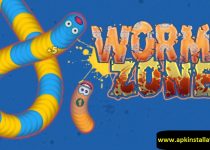 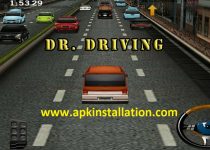 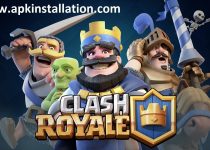