Which country is best for citizenship by investment? This is a question that requires an assessment of the cost, application procedures, and advantages of the countries involved. Suppose you are serious about leaving America or at least acquiring a second passport, and you want more precise information, narrowed down to the nations that are genuinely the greatest for gaining second citizenship by investing. In such a scenario, consider visiting the five destinations listed below.

St. Kitts and Nevis is the first country that demands particular attention. This country has the world’s oldest citizenship-by-investment programme. It grants citizenship to investors within 60 days of submitting an application. There are currently two investment categories.

St. Kitts and Nevis passport is highly regarded globally and allows its holder visa-free entry into 156 countries worldwide, including the European Union, the United Kingdom, Russia, and virtually all of South America. More information about St. Kitts and Nevis programme is available here.

Grenada grants citizenship after three months of application. There is no need for a personal visit. An important aspect is that the primary applicant’s siblings, parents, and grandparents, as well as their spouse, can be included in the application. There are two choices:

The candidate must contribute at least $150,000 USD to Grenada’s National Transformation Fund. A contribution of $200,000 US would be an investment for a family of four.

Another appealing alternative is to invest $220,000 US as a co-owner in a local real estate project for five years, which compares well to what other nations need in exchange for citizenship.

A Grenada passport grants visa-free or visa-on-arrival entry to 143 countries, including China, Hong Kong, Singapore, Russia, and the United Kingdom, as well as the Schengen Area of Europe. Another special benefit for holders of a Grenadian passport is that it may serve as a bridge to an American E-2 investor work visa, allowing them to enter the United States.

Malta is a third country that stands out from the rest. It is a primarily English-speaking country in southern Europe with strong commercial opportunities and a lovely environment. Malta is one of Europe’s most inventive countries, with a favourable tax climate. While it also provides residency, the major draw is its Citizenship by Investment programme. Applicants seeking citizenship must physically dwell in the nation for at least 12 months. Malta claims that its due diligence is the most stringent in the world, requiring an examination of the investor’s whole portfolio. As a result, individuals that succeed enjoy the highest level of acceptability around the world.

Individual investors seeking Citizenship by Investment must: a) donate 650,000 euros to a government national development fund, b) invest 150,000 euros in government-approved stocks or bonds, and c) purchase real estate for a minimum of 350,000 euros for five years, or enter a five-year rental lease with a rent of at least 16,000 euros per year. New Maltese nationals have unrestricted freedom of movement across the European Union and the Schengen Area, as well as visa-free or on-arrival entry to 184 countries worldwide.

While Portugal does not have a citizenship by investment scheme, their golden visa resident programme, which may lead to citizenship, is immensely popular. An applicant and dependents are awarded five-year residence permits after making an investment, allowing them to freely live, work, and re-enter Portugal. Another advantage of having a residence permit is visa-free entry to the Schengen Area.

Portugal is a country rich in history, culture, and delicious food. Residents enjoy a pleasant temperature, a secure environment, and pleasant neighbours. The country boasts an advanced financial system and a favourable attitude toward the technical industry.

Portugal has been very tolerant and approachable in doing financial due diligence on its golden visa applicants, which is another significant reason why this nation is the best pick for a second passport. The country supports dual citizenship, therefore after 5 years of residency, an individual can apply for Portuguese nationality. A Portuguese passport grants entry to 185 countries worldwide, as well as free movement inside the European Union.

New Zealand is the final country in our study. Its programme contains two investment categories:

In either scenario, you will receive your money at the conclusion of the period and will be able to maintain the home that would lead to citizenship after five years.

New Zealand is a signatory to the Trans-Tasman agreement with Australia, which guarantees freedom of movement within the union’s boundaries. Furthermore, New Zealand is negotiating a new free trade deal with the United Kingdom, which would include mutual freedom of movement for both Brits and New Zealanders. Both nations are also members of CANZUK, a future geopolitical union that will also include Australia and Canada. When signed, holders of a New Zealand passport would be able to live and work without a visa in Canada, Australia, and the United Kingdom, which would be a fantastic opportunity.

These are the five best countries to pick from. Depending on your requirements, one of these may be ideal. 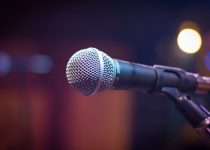 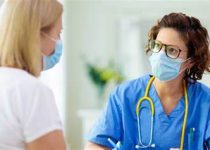